Children's Fashion in pictures: The Sailor Suit From 1800s until today

What is it about these nautical little suits that has kept them so popular for children and baby fashion in the UK?

The sailor suit adopted for Children was the very first trend for children that was adopted throughout the UK. Queen Victoria inspired the trend in 1846 when she dressed her little one, The Prince of Wales, Albert Edward on a family visit. Albert was four years old at the time and the sailor outfit was frozen in time in an iconic portrait painted from the trip 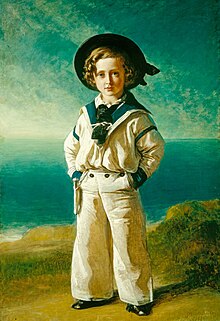 The features of Prince Edwards suit, which we will consider to be the first of it's kind for children, was inspired by the uniform worn by a regular sailor in the Royal Navy rather than the Navy Officers uniform. However, despite the debut of the suit worn by Albert, it's popularity did not begin to gain momentum until 15 years later. The following royal generation of boys were also dressed in sailor suits on occasion which helped to popularise the sailor suit. Eventually marketers began to push the sailor suit and mass production drove the cost down making it accessible across the classes. Better still, in the 1880s the Sailor suit was a popular fashion trend for girls as well as boys and most boys had worn a sailor suit at least a few times throughout their childhood, for some children, a sailor suit was almost all they wore! 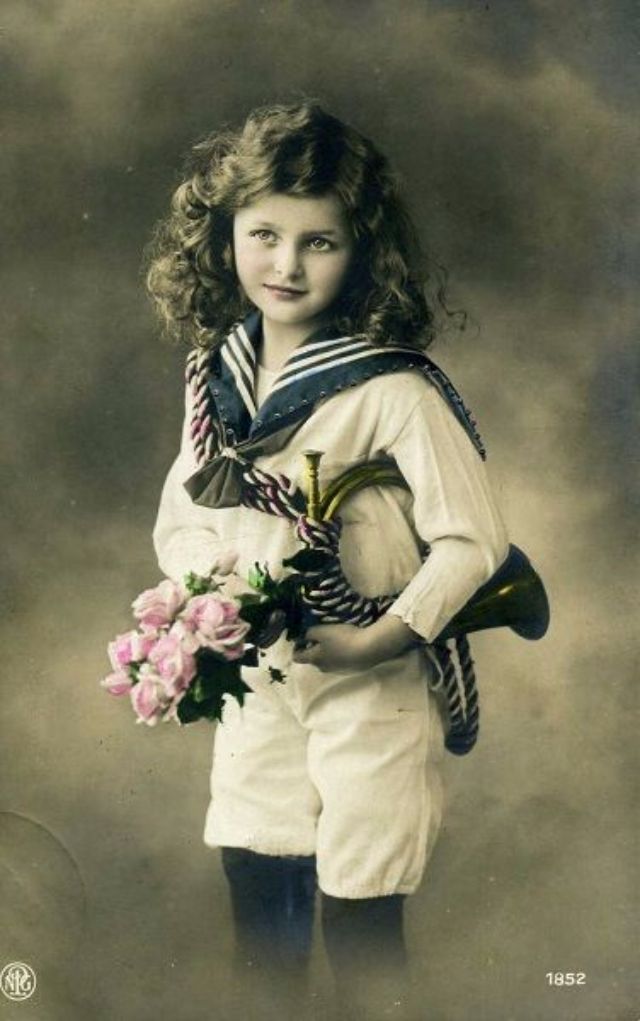 The trend did migrate across Europe and the designs were adapted to fit the Naval dress of the country, however almost all of them irrespective of country had a middy top, with either shorts, trousers or a skirt. They usually had patches sewn on showing birds, anchors and stars. As the first popular trend in Children's fashion, it is believed to have stood the test of time for the simple fact that children and adults liked them. Children enjoyed the dress-up theme aspect and for parents they are extremely versatile, from formal occasions to the everyday as they evoke a sense of the past. In the beginning, the sailor suit outfit had an air of royalty about it whilst serving to break down the prominent class hierarchies. It's popularity infiltrated into the 2D world with famous cartoons such as Donald Duck and Popeye being testament to the popularity of the Sailor Suit.

Thankfully, Boofy has a range of new, unique and adorable Sailor outfits designed for our Nautical collection 'Vitamin Sea'

Click the links below to be taken to our hand picked sailor collection and for more details, close up photographs and product videos! Sea-esta Sailor Suit All In One